Folks around here call city dwellers flatlanders or citydiots. My parents were farmers and moved to the city for better job opportunities. They might be able to talk the talk with rural folk but it’s quite apparent that I know nothing about rural living and can be spotted as not belonging almost instantly. The same goes for rural folk coming into the city and not knowing the nuances of city life. I would be quite wary to wander into a rural area looking for help and for those folks who don’t know cities wandering into them with out knowing which neighborhoods are safe would be a daunting prospect.

I say go with what you know initially but be prepared to adapt. People are unpredictable so you have to use your best judgement when the time comes. I can’t predict how people will work together during a SHTF or a regional disaster. It all depends on what is the cause and the resources available. I found the book One Second After to be a very well written fictional story of what life would be like for a small town with adjacent rural areas after an EMP attack. The story had a reluctant hero who helped save the town from disaster but not without serious hardship and many hard choices along the way. Lot’s of people died, people were turned away, there was starvation and rationing. It was well written and grim but very interesting.

I hope to live a very uninteresting life. Fingers crossed. 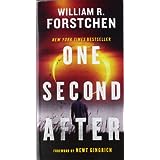