Reply To: This will get ugly

If even one governor felt that froggy, and did so, then some well-intended people showed up to back his play, wouldn’t Zero have his long-awaited “insurrection” handed to him on the proverbial silver platter? He’s a left-handed admirer of Abe Lincoln, who baited South Carolina into firing the first shot, jailed thousands who dared to speak in opposition, and exiled a sitting US Senator, all on his own “authoritay.” 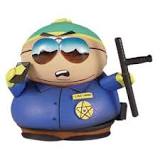