It will be Little Big Horn for those in blue helmets . You will see mutinies in the US armed forces .

I wish it was so. But you have large numbers in the US military now that voted for and still support Obama as their commander in chief. And don’t forget the survey back in 1994 with a group of Marines for a graduate paper done by an active duty lieutenant commander. Yes, a sizable number of those surveyed said they would definitely refuse orders to fire on American citizens, the most plausible report on that survey that I could find just now still said that was only 61%. And only from rusty memory, I believe I remember something in the 20+% range that said they most certainly would fire on citizens if ordered to, in that survey. Remember, those were active duty Marines, not a bunch of disgruntled draftees.

Then there’s the Bonus Army “incident” from 1932 in which armed troops, with tanks, using gas, drove out the veterans as they sought to simply gain the bonuses they’d been promised for their WWI service. General MacArthur was proud of his troops, as was the President. The troops had been specially trained for the mission, and were convinced that the protesters were merely communist agitators, or at least led by same, and were effectively traitors to their country. Compare that to the propaganda that’s been spewed about those scary far right-wing crazies that vote for 3rd party candidates, strongly support the 2nd Amendment that few people today even understand, oppose a woman’s right to choose, yada, yada. And the neutering of the upper levels of the military command structure has been quite evident and ongoing for years.

Then look at those who would supposedly fire back at the blue helmets or the camouflage helmets of our own troops. Where’s the training, and much more importantly, the organization? Oh, a guerrilla operation could certainly be mounted. But when it comes down to it, do you really believe large numbers of US citizens are willing to give up their lives for their guns, and in large enough concentrations to successfully repel an aggressive military force (regardless of what color helmets they wear)?

Conditions that would likely allow for such a scenario (i.e. entry of, and active attacks by blue-helmeted troops) would most certainly include widespread chaos anyway, including significant unemployment, social upheaval, etc. It’s highly unlikely that we would be breaking down as a society in a vacuum, allowing other countries (China, Russia, whoever) to free up large numbers of their own troops. The only reason the $US is up right now is because the countries that make up the dollar index are in even worse shape than us. While Russia and China aren’t in that index list, they aren’t going to be holding out in substantially better shape than Europe, Britain, Sweden, Canada, and Japan (those that make up the $US index). So it would reasonably likely be small numbers of blue-helmeted troops, just for political purposes, in conditions here that would be chaotic in general.

And don’t forget gun confiscation in New Orleans after Katrina. A whole lot of people were “convinced” to give up their guns despite strong 2nd Amendment support. Voicing support ≠ actively fighting for it, let alone dying for it, if history is any teacher. While the number of vets that were killed in 1932 was low (2?), there were at least some civilian deaths also (a small child is documented due to gas), where is the national outrage at that incident? The vast majority of Americans don’t even know it happened.

Little Big Horn happened because the Indians were finally ready for Custer after such atrocities as the Sand Creek massacre. They were together, they were organized, and they were motivated. We lack the first two items in that list for a similar victory today. Oh – and the Indians had not bought into the argument that one must do what the government tells them to do. They did for too long, but realized what modern inhabitants of this land still do not – don’t trust the government.

My heart is with your sentiment, but my brain just doesn’t compute a decent probability of it happening. Oh – and don’t forget that Wounded Knee happened AFTER Little Big Horn. Below is the the expanse of the Sioux tribes prior to 1770 (dark green), vs. the current reservations (orange). 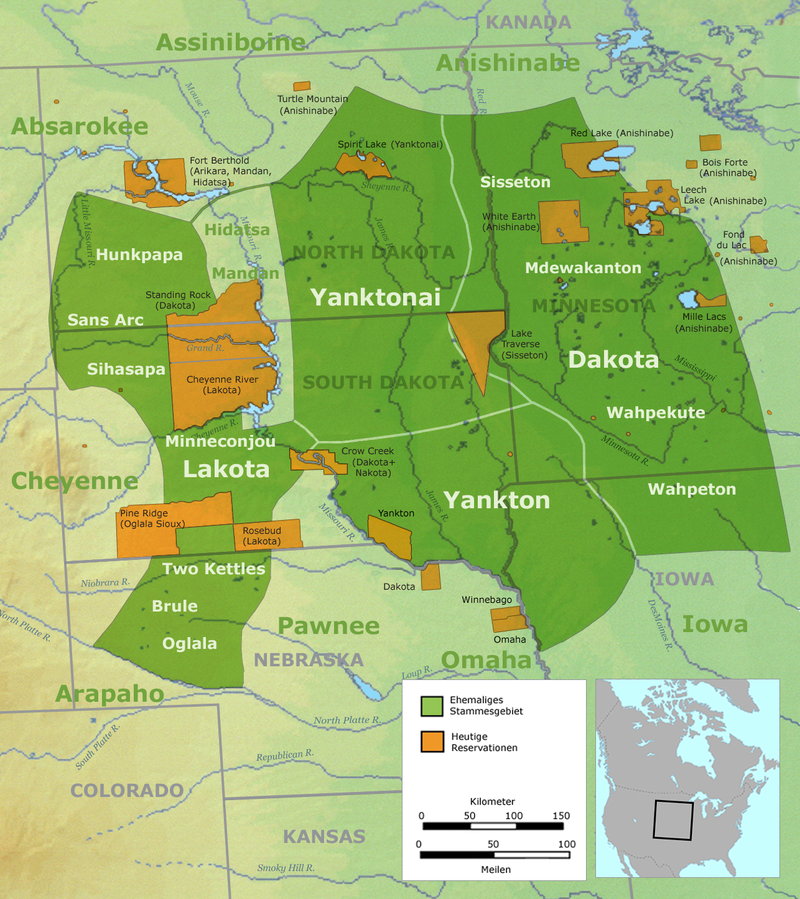 That doesn’t mean we can’t still hope, however. A few here in the Forum are privileged to have DNA going back to the following (or as Archie and Edith Bunker used to sing, “Those were the days!”):